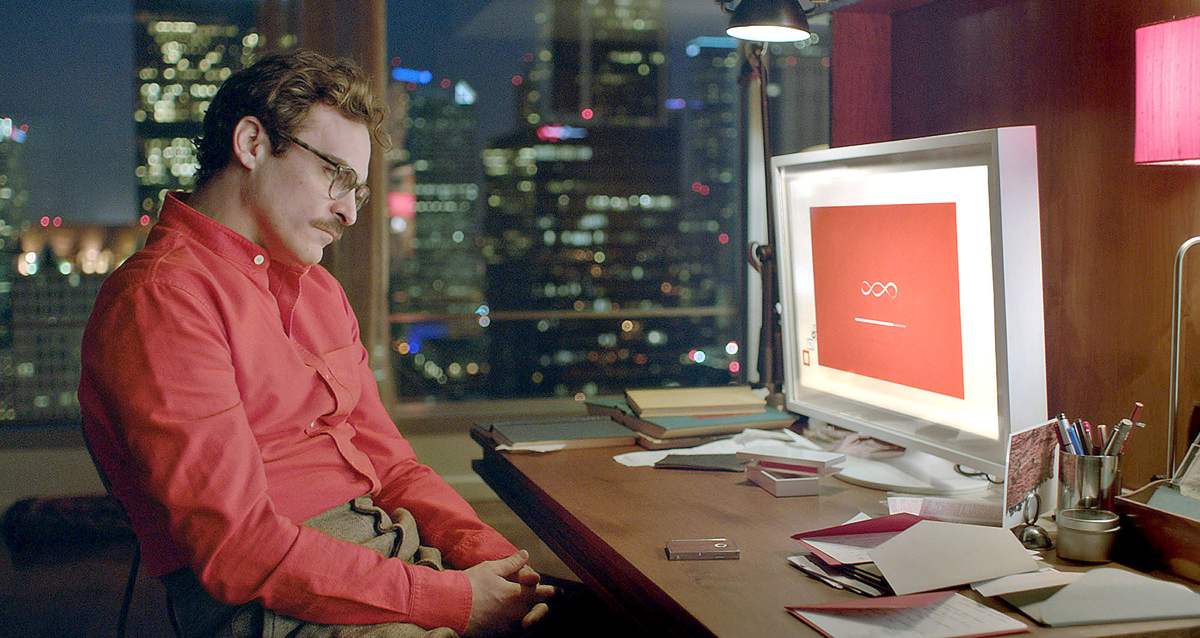 HER (2013)
“Her” is a 2013 American comedy-drama film written, directed, and produced by Spike Jonze. The film follows Theodore Twombly (Joaquin Phoenix), a man who develops a relationship with Samantha (Scarlett Johansson), an intelligent computer operating system personified through a female voice.
Dwell on these quotations
Vocabulary Exercises 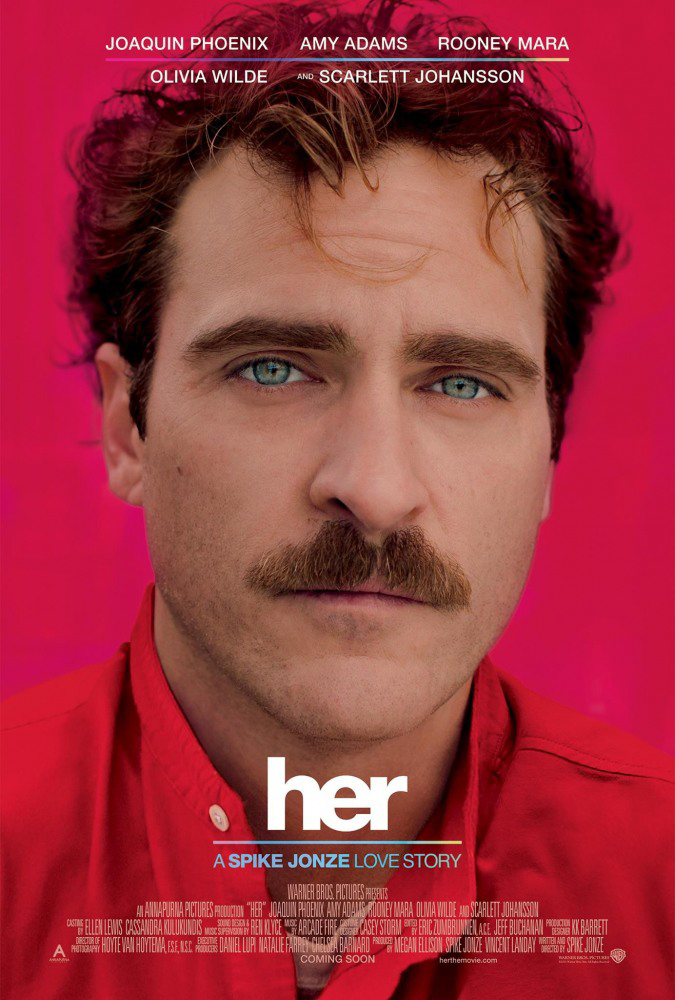 ex. 1 Complete the sentences with these expressions
consciousness
upset
give me a hand
unsettling
it suddenly hit me
to grow apart
a hand written letter
to introduce
to fit the needs
weird
sensitive
to split up
ex. 2 Explain the following expressions
unsettling
to grow apart
weird
sensitive
to fit the needs
ex. 3 Finish the sentences and speak about yourself
ex. 4 Come up with the context to justify the use of the tenses
Comprehension Exercises

ex. 1 Characterize the following heroes of the film
Theodore
Samantha
Amy
Catherine
ex. 2 Say if these statements are true or false
ex. 3 Discuss the following quotations from the film. Recall the situations
Sometimes I think I have felt everything I'm ever gonna feel. And from here on out, I'm not gonna feel anything new. Just lesser versions of what I've already felt. (Theodore)
The past is just a story we tell ourselves. (Samantha)
You know what, I can over think everything and find a million ways to doubt myself. And since Charles left I've been really thinking about that part of myself and, I've just come to realize that, we're only here briefly. And while I'm here, I wanna allow myself joy. So fuck it. (Amy)
It's like I'm reading a book... and it's a book I deeply love. But I'm reading it slowly now. So the words are really far apart and the spaces between the words are almost infinite. I can still feel you... and the words of our story... but it's in this endless space between the words that I'm finding myself now. It's a place that's not of the physical world. It's where everything else is that I didn't even know existed. I love you so much. But this is where I am now. And this is who I am now. And I need you to let me go. As much as I want to, I can't live in your book any more. (Samantha)
Samantha: So what was it like being married?
Theodore: Well, it's hard, for sure. But there's something that feels so good about sharing your life with somebody.
ex. 4 Answer the questions