ex. 1 Fill in the gaps with these words
ex. 2 Explain the following expressions and words and make your own sentences:
uncomplicated
to do something on one's own
deadline
buggy
in theory
social status
devotion to ideas
to deliver
ex. 3 Finish the following sentences: 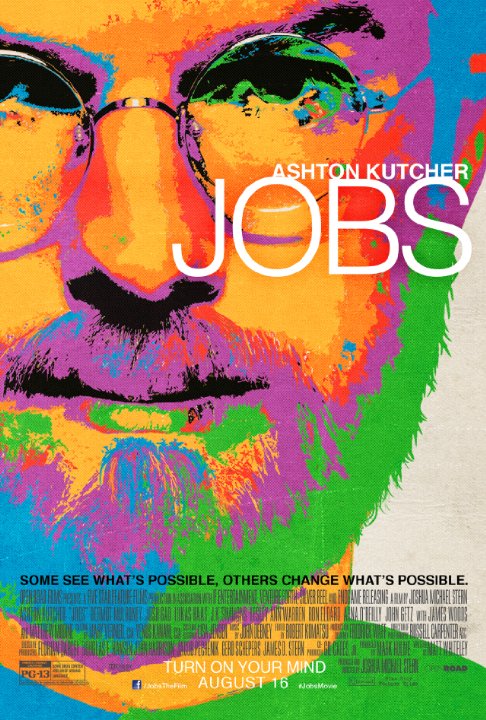 ex. 1 True or False
1. Steve Jobs was adopted when he was a child.
2. After graduation he stayed at the university taking additional courses.
3. Steve Jobs spent more than two years in India.
4. Steve Wozniak joined the team when they were building Apple Lisa.
5. Steve Jobs was CEO of Apple from the very beginning till the very end.
6. NeXT Inc. was a Macintosh side project.
7. Apple products are consumer oriented.
8. The original team became the stockholders of Apple.
ex. 2 Choose three characters and answer the questions
1. What did they do before the foundation of Apple?
2. What do they do well?
3. Describe their personality.
4. What happened to them? Where are they now?
ex. 3 Answer the questions
1. Was Jobs different at university and when he worked for Atari, Inc.?
2. Why didn't Steve Jobs tell Woz that he received $5.000 for his video game but claimed it was only $700?
3. How did his trip to India and Zen Buddhism influence Steve Jobs' life and work?
4. How did Apple Computers start? Where did they find the investment?
5. Why did Steve Jobs cruelly dismissed the role of most of his friends later? Why did Wozniak decide to leave the company?
6. What problems did Jobs have with the management? Why?
7. What happened after he was fired from Apple?
8. Why did the board want him back?
Discussion Points

ex. 1 Expand on the following quotations, do you agree with them:
Here's to the crazy ones the misfits, the rebels, the troublemakers, the round pegs in the square holes, for the people that are crazy enough to think they can change the world are the ones who do.
The greatest artists like Dylan, Picasso and Newton risked failure. And if we want to be great, we’ve got to risk it too.
How does somebody know what they want if they haven’t even seen it?
Everything around you that you call life was made up by people that were no smarter than you, and you can change it, you can influence it, you can build your own things that other people can use.
You’ve got to have a problem that you want to solve; a wrong that you want to right.
It [what you choose to do] has got to be something that you’re passionate about because otherwise you won’t have the perseverance to see it through.
ex. 2 Summarize the main idea that Apple Inc. is based on? Why was design so important for Steve Jobs? Can you predict its further development?