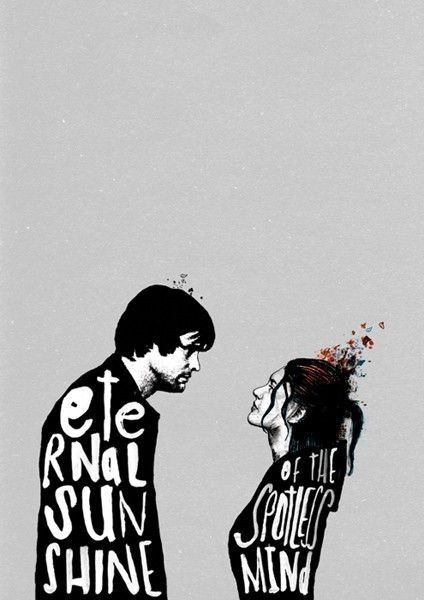 Charlie Kauffman’s marvelous screenplay revolves around Joel (Jim Carrey), a soloist stuck in the repetitive formula of everyday life till he meets the spontaneously carefree Clementine (Kate Winslet). Their relationship escalates into a supposedly dead-end when he learns that she had him erased from her memory. Furious and confused, he contacts the inventor of this advanced process, Dr. Howard Mierzwaik. Out of sheer desperation he resorts to the only logical solution at the time, removing her from his memory as well. But as he re-experiences the passionate days of their earlier relationship, he falls in love with her all over again.
I. Recall the situations these words were uttered in:
- You don't tell me things, Joel. I'm an open book. I tell you everything... every damn embarrassing thing. You don't trust me.
- Constantly talking isn't necessarily communicating.
- I don't do that. I want to know you. I don't constantly talk! Jesus! People have to share things, Joel...
- Mmmhhmmm...
- That's what intimacy is. I'm really pissed that you said that to me!
- I'm sorry... I just, my life isn't that interesting.
- I want to read some of those journals you're constantly scribbling in. What do you write in there if you don't have any thoughts or passions or... love?
* * *
I could die right now, Clem. I'm just... happy. I've never felt that before. I'm just exactly where I want to be.
* * *
- Joely?
- Yeah Tangerine?
- Am I ugly?
- Uh-uh.
- When I was a kid, I thought I was. I can't believe I'm crying already. Sometimes I think people don't understand how lonely it is to be a kid, like you don't matter. So, I'm eight, and I have these toys, these dolls. My favorite is this ugly girl doll who I call Clementine, and I keep yelling at her, "You can't be ugly! Be pretty!" It's weird, like if I can transform her, I would magically change, too.
- You're pretty.
- Joely, don't ever leave me.
- You're pretty... you're pretty... pretty...
II. Answer the following questions:
Joel is both drawn to Clementine and recoils from her. This seems paradoxical but is not terribly unusual. Discuss his behavior towards her.

Clementine is ultra impulsive—she doesn’t know what she’s going to feel from one moment to the next. On the other hand, Joel is never impulsive. Spontaneity seems always to be forced. He is described as “uninspired.” Are they so opposite because that’s the only way they can complement their extreme personalities? Explain.

What is Joel’s initial reaction when he finds out that Clementine has erased him from her memory? Why is this so devastating to him? It seems worse than if she simply had told him not to ever see her again. Why? Comment on his reaction to this knowledge.

Is Joel’s decision to erase his memory of Clementine an impulsive action or in step with his usual safe decision-making? Was this decision in the end a healthy step for him or would it have been better for him to “make a clean break” while retaining the painful memories?

Joel’s mementos of Clementine have to be disposed of as part of the erasure. Compare the significance of these mementos with those of the replicants in Blade Runner and Leonard in Memento.

Joel asks of his procedure: “Is there risk of brain damage?” “Technically this is brain damage” (!), is the reply. Why would anyone ever undertake this procedure? Explain the motivation and temptation, along with why the procedure fraught with risks. Compare to similar brain alterations in Total Recall and Paycheck.

Joel and Clementine get into an argument about intimacy, in which they disagree over the amount of conversation is required. The disagreement could be a key to their difficulties, but he elected memory erasures washed out the chances of their working on this. How might they have bridged this gap, had they not chosen the plan of simply extracting painful memories?

Patrick uses stolen mementos (Joel’s identity) to make his relationship with Clementine work, and doesn’t understand how it might be unethical. In the end, he fails. Could he have succeeded, or is it impossible to fake a real connection? Discuss the implications for real human relations and true friendship.

Some part of Joel struggles to keep some memories of Clementine alive. Explain the meaning of his second thoughts about the erasure, especially given the bad times he had with her and was trying to move past. Compare his inability to heal to Leonard’s in Memento.

Mary admires Howard (the owner of the agency). We later find that he erased her memory of an earlier affair. How will she be able to learn from her experience with her memory erased? Is Howard a monster, as his wife proclaims, or is he just as much a victim of the manipulation of his own invention as she was? Explain.

Joel and Clementine hear each other’s descriptions of what they dislike about the other. These were taped under presumably confidential circumstances, so the descriptions should be completely honest. Are they? Are we meant to hear all the intimate thoughts (i.e., complaints) our loved ones may have about us?

III. Prepare the summary of the film. 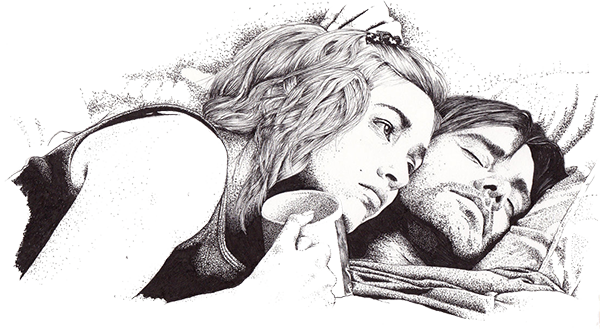