Listening
Listen to the dialogue and answer the questions:
1. According to Daniela how are female and male horses different?
2. What does she say about her horse?
3. What should Todd worry about if he decides to go horse riding?
4. Do you agree with Daniela? 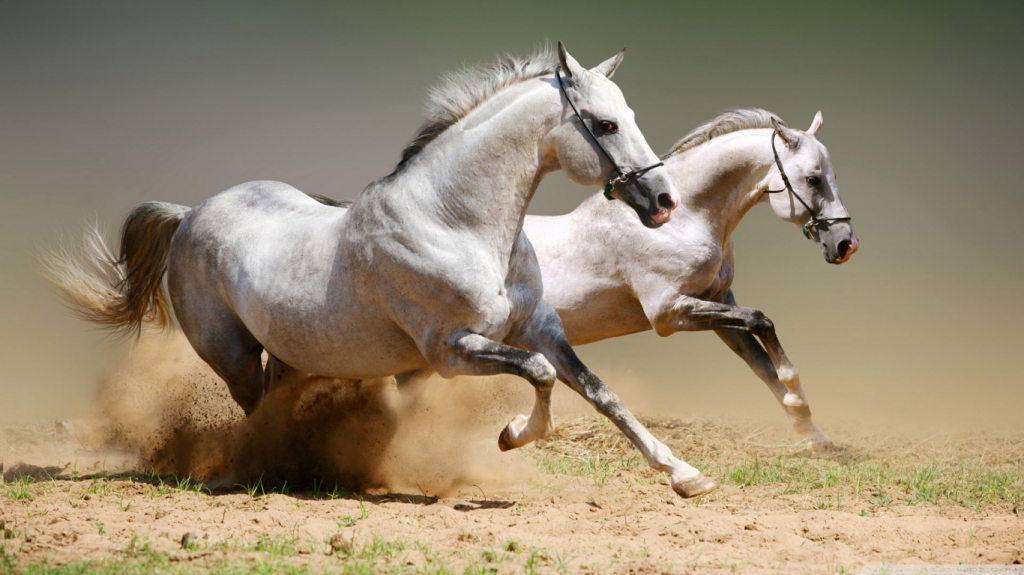 Reading
Read the text and do the exercises after each paragraph.

The "Horse Laugh"
You may have seen a horse making a strange expression where it curls its upper lip and bares its teeth into a wide grin. This makes the animal look like it’s laughing. In reality, this is part of a special nose-enhancing technique called a flehmen response. Horses pull this amusing face in order to direct scents floating in the air toward special olfactory glands that are located at the end of the horse’s nasal passage. The lip-curling and the slight tilting of head help the animal to waft these smells toward these glands. The horse isn’t laughing at you, it’s just trying to determine whether you smell bad.

1 Explain these words and make sentences with them:
grin; enhance; response; scent; to determine; whether

2 Answer the questions:
1. What is actually the “horse laugh”? Why do horses do it?
2. Have you ever seen it?


The Horse Industry
Horses are used for various competitions and sports, breeding, recreation, and plain old work. It takes a lot more than just a farmer and a plow to keep the show running. In fact, horses are a massive business. Approximately 4.6 million Americans work in the horse industry in one way or another. The US horse industry is estimated to have an economic effect of $39 billion — annually. That’s just the measly nine million American horses. There are approximately 58 million horses in the world and the vast majority of them are cared for by humans.

1 Explain these words and make sentences with them:
various; breeding; recreation; approximately; to estimate; annually; measly; the vast majority

2 Answer the questions:
1. What are horses used for?
2. Why does the author call it a massive business? Do you agree? Is it a positive or negative thing?
3. How many horses are there in the world?


Police Horses
Police horses have been used in peacetime law enforcement since the 17th century and the first official mounted police unit was established in 1805. This London-based unit was a massive success, and in a few years, both Australia and America had adopted the idea. Police horses have always been much more than a mere method of transportation. The benefits of a horseback cop are obvious—after all, a police officer riding a huge animal commands a very different kind of respect than one on foot. That’s why the horses selected for the job tend to be large geldings (castrated horses), who are both imposing and level-headed enough for the potentially stressful job. The number of police horses is slowly waning due to the advent of police motorcycles and other modes of light transport, but many countries still keep a few mounted units around for public relations and crowd-control purposes.

1 Explain these words and make sentences with them:
law enforcement; to establish; to adopt; mere; to command respect; to impose; level-headed; due to the advent; modes of transport

2 Answer the questions:
1. When did people start using horses in peacetime law enforcement?
2. What are the benefits of horseback cops?
3. What horses are selected for this job?
4. Are police horses used nowadays?

Eyes
Horses have fairly good eyesight, thanks to their very peculiar eyes. At a diameter of roughly 5 centimeters (2 in), they are the largest of any land mammal. When measured in volume, a horse’s eye is up to nine times larger than that of a human. Legend has it that this means horses see things as bigger than humans, which is why they sometimes startle easily, but this is not true. The horse eye has three eyelids—two ordinary ones and a third called the nictitating membrane—which is located in the inner corner of the eye and occasionally sweeps the eye, lubricating and cleaning it if need arises. Horses can’t properly focus their eyes like humans do. Instead, the lower parts of their retina see objects at a distance, and the upper ones are for closer viewing. This means that if you want to know where a horse is looking, you should pay attention to how it’s holding its head. If you see a horse standing on a field and it’s doing that thing where it’s standing with its head held up high and ears pricked forward, it’s not just showboating—the animal is probably just looking at something interesting in the distance.

1 Explain these words and make sentences with them:
peculiar; roughly; legend has it that; to startle; retina; with its head held up high; to showboat

2 Answer the questions:
1. What is so unusual about horses’ eyes?
2. What is the legend about their eyes? Is it true? Why (not)?
3. How is their ability to focus different from that of humans?


Shoes
Everyone knows most horses are fitted with horseshoes, but most people aren’t aware that these curved pieces of metal are not just to protect the hoof. The hard parts of horse hooves are made of keratin — the same sturdy protein that comprise horns, nails, and hair — and therefore leave a lot to be desired when it comes to things like traction. Imagine running around a wet, paved street wearing horns as shoes and you can see the problem. Fitting the hoof with a shoe fixes this issue. The shoe improves the traction of the hoof and provides extra shock absorption, which you may recognize as the exact same benefits your running shoes give you. That’s right—horseshoes are, more or less, equine Air Jordans. Horseshoes also share another similarity with the sports shoe industry—there is a huge selection of different types, such as support shoes, “natural balance” shoes, and even super lightweight aluminum shoes for serious racing horses.

1 Explain these words and make sentences with them:
to be aware of; therefore; traction; shock absorption; benefit; to share similarity

2 Answer the questions:
1. Why do horses need horseshoes?
2. What is the hard part of a hoof made of?
3. What is shock absorption?
4. Are there different types of horseshoes?


Horse Names
If you’ve ever been to a horse race, you probably know that most horse names are ridiculous. Cats and dogs are usually given cute, powerful, or human-like names, but horses tend to end up with names like “Seabiscuit” or “Horlicks”. As random as this may seem, there are actually many traditions and superstitions associated with naming horses. Many breeders name their horses to respect its pedigree, which can lead to some unfortunate variations over time. After all, it doesn’t take many generations to twist “Binky” into “Flunky.” Naming a horse after a family member is generally avoided, because if the horse you named after your mother turns out to be a failure, Mom probably isn’t going to be too happy. Many owners prefer powerful names like “Man O’War,” because it is believed this brings the horse good fortune in the races. On the other hand, naming a horse “The Winner” is a sure fire way to create a horse that will never win a race in its life, so some owners just decide to have a bit of fun with the name. Of course, there are also actual rules governing the naming tradition. Otherwise, a horse race program would read like a list of the usernames of a particularly insane Internet discussion forum. These rules vary depending on your area. For instance, The Jockey Club of Louisville limits name length to 18 characters; forbids names that are obscene, racist, or too similar to actively competing horses; and does not allow names that are entirely made of numbers. If a horse gets famous enough, its name might be pulled from use altogether, much in the same way some sports retire the numbers of particularly legendary athletes.

1 Explain these words and make sentences with them:
ridiculous; random; superstitions; pedigree; to bring good fortune; otherwise; obscene; to be pulled from use altogether


Arabian Horses
Most horses can be quite beautiful creatures when they put their mind to it, but many people consider the Arabian horse the most majestic of all. We know that they first appeared at least 4,500 years ago, which also makes them one of the oldest horse breeds. It is generally assumed that the Bedouin, who are noted for their passion for horse breeding, are behind the creation of the Arabian breed. With its wiry, “desert” look and immediately recognizable silhouette, an Arab horse is easy to tell apart from other breeds. As peculiar as its high-tailed look and unique head shape are, things actually get even stranger when you look a little deeper. Arabian horses have a skeletal structure that is quite different from all other horses. Its ribs are much wider, stronger, and deeper, and it usually has one fewer horses normally have. Arab horses are considered some of the strongest endurance runners in animal kingdom, capable of running over 160 kilometers (100 mi) without rest.

1 Explain these words and make sentences with them:
majestic; to assume; to be behind something; silhouette; endurance runner; capable of

2 Answer the questions:
1. Who is behind the creation of the Arabian horses?
2. Why are they different from other breeds?
3. What is peculiar about their physiology?
4. Are they considered a strong breed?


Memory
Have you ever laughed at a horse with a funny name? Or made fun of one when it twists its face in flehmen? If you have, that’s too bad—that horse may well remember your insult for the rest of its life. A 2010 study revealed some very surprising results about horse intelligence, especially memory. Not only does our equine friend understand our words far better than we have previously anticipated, its memory is at least as good as that of an elephant. If a horse is treated kindly, it will remember the person as a friend for as long as it lives. The horse will instantly resume friendship when it sees them again, regardless of how long they have been apart. They also remember places very well—most horses become nervous when they’re taken to a place where they’ve had a startling experience. The good memory and relatively powerful intellect of horses is not always a good thing, though. If they get bored, they can accidentally figure out how to untie themselves from posts and open latches and grain bins. Once they learn these methods of mischief, they’ll never, ever forget.

1 Explain these words and make sentences with them:
insult; to reveal; equine; to anticipate; regardless of; to resume friendship; mischief

2 Answer the questions:
1. Do horses have superior intellect and memory than many other animals?
2. Give examples that would prove that. 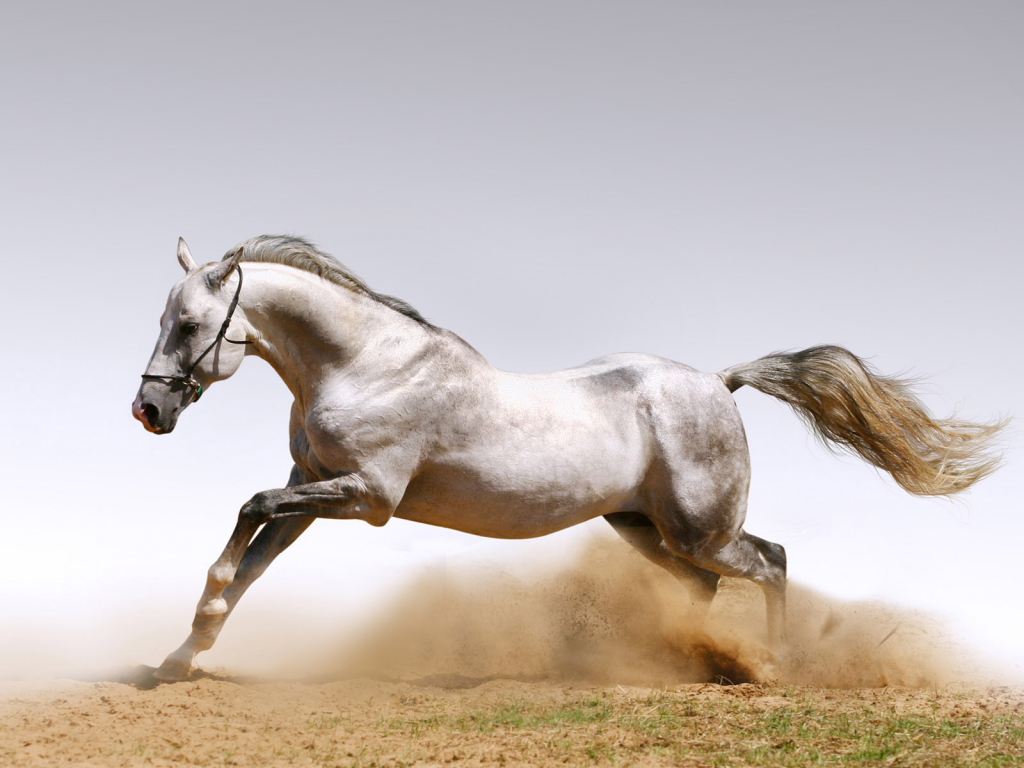